The day after Julianna died, we got rid of all her medical equipment. We were indebted to the machines (they kept her alive, after all), but when they were no longer needed, I wanted them gone. Stupid machines; stupid disease. I hated it all.

So the machines went away, and our house went quiet. I no longer heard the whirring of Julianna’s feeding pump (it ran thirteen hours a day) or the constant whoosh of her BiPAP.

Of course, the sound I missed most was Julianna’s voice, her constant observations and ridiculous wit.

Let me tell you something…

And so much more…

Last summer, the silence of our house was overwhelming. It shouted at me, cruelly: JULIANNA IS GONE. SHE IS REALLY GONE.

One year later, it feels different. It’s still too quiet, but it no longer taunts me. We gave her the most beautiful life that we could. She was surrounded by love. She is free. There is peace in this kind of silence.

I don’t think that time heals all wounds, not when the wound goes straight through the heart. But the pain is not quite so exquisite. It’s less likely to maim. Is this what one year does?

And then, I see it. It’s pure gold, a forgotten photo:

My heart is filled with joy, and then it is crushed.

She was able to sit up – by herself. This was before the scoliosis destroyed her spine.

Her fingers aren’t that curled. Why didn’t we paint them that day?

Her jumper was from Costco. It seemed like a good back-to-school outfit. I often had a hard time getting out of Costco without getting her another frilly skirt or princess dress. Her eyes lit up and she always said “I love it!” I still can’t go into that section. I miss that.

Her pink tennis shoes. Finding shoes that fit over her orthotics was work. They had to be big but light, and not completely ugly. I usually bought ten pairs of shoes and was lucky if one worked. When I found these, I bought the next size up –but she never got to use them. A few months after this picture was taken, her CMT took over, and we started our year from hell. She lost the ability to stand, then sit.

Her hair is in her signature bob. Could it be any cuter?

There are wounds that cannot be healed on this side of heaven. This will not go away.

This weekend, we attended a bereavement retreat. The theme was the “Wild West of Grief.” Each family made a craft project that depicted their grief journey.

It was a bit too much, but I think that she would have loved it.

This is your last chance to get the 2017 “Love is a Superpower” t-shirt. All proceeds will go to CMTA. Orders need to be in by 31 July 2017. Adult and children’s sizes are available. 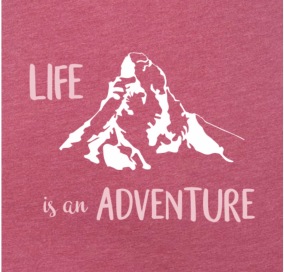 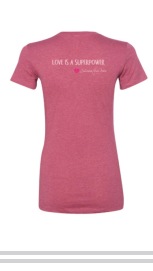